RICHMOND — To most people, chess is black and white figurines on a checkered board.

But T.C. Ball sees much more — a learning tool with the potential to change lives.

“I’m trying to use the (tournament) as a catalyst,” said Ball, who works with the West Coast Chess Alliance to bring chess to Richmond through community tournaments and family game nights.

Ball, the organizer of an upcoming speed chess tournament, hopes the weekend event will raise funds for a new “Chess in Richmond Schools” program.

With the funds raised by the tournament, WCCA will move beyond chess outreach and closer to bringing chess equipment to local elementary schools, Ball said.

The tournament will be held Saturday at Hilltop mall, on National Chess Day. Ball said he hopes that hosting a high-profile event in the middle of the mall will boost public awareness. Shoppers and other passers-by will see groups of chess players hunched over game boards, plotting their next moves.

“The thing is getting (kids) exposed to the game,” Ball said. “I think just getting the chess sets into the schools and going there and doing some workshops will start getting the kids involved.”

“The tournaments were very successful and created interest among students who played chess during breaks and after classes,” Williams wrote in an email.

“Successful chess initiatives back east and in Canada have shown us that the game is easy for kids to learn and is something that remains with them for a lifetime. … It also promotes the development of social skills and teaches respect for your opponents.”

Chess may not be en vogue among today’s iPod-toting, digital-savvy youth, but Ball said the game’s draw is timeless.

“If chess has been played for hundreds and hundreds of years in every country, and captured the human mind, why wouldn’t the kids today embrace it?” Ball said.

The speed tournament at Hilltop mall is recommended for experienced players, but all are encouraged to watch the games, said Ball.

This article was produced by RichmondConfidential.org, a nonprofit news service based in the UC Berkeley Graduate School of Journalism.

What you can read next 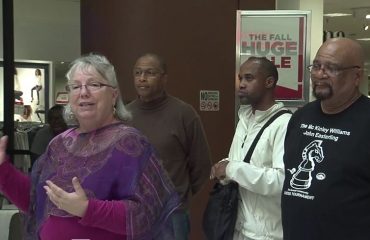 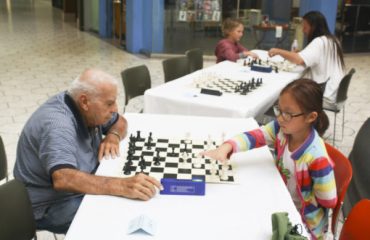 DO YOU HAVE ANY QUESTION?

Please fill this for and we'll get back to you as soon as possible! We are so happy The West Coast is a very chess active community